Pageant Week : Outside Looking In 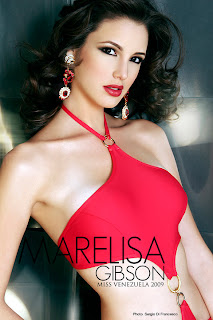 It wasn't easy. It was the first time I've done this, I am sure I could've done more, or made better decisions at any one point.

Here's what I found:

Yes, its a competition. Most of them became fast friends, ALL of them were well behaved in my presence, (apparently I scare them?), but.. for most, their true competitive colours only began to shine through after day 3; when the Challenges started.

I guess its when we throw mini-competitions their way, did it finally dawn upon them how THEY WERE COMPETING AGAINST EACH OTHER!

I mean, it was Day One that I informed them:

Look around you. For 17 of you, one girl you see will beat you, and win. Are you going to let that happen?

I guess it took a while for that to sink in?

But everyone became "Best Friends" and "everyone was lovely" by the end of day 2. Okay that's all fine and dandy, I was actually pleasantly surprised.

And then, apparently, it began.

Then we had the Parkson Style Challenge, where each girl was left to her own devices to grab clothes from the rack to style themselves for it. Some girls were left without much of a choice, others were allegedly pushed and trampled on. (*grr. Arg.*)

The next day we had a True Fitness Challenge, one girl got two out of three awards. (*raised eyebrow*)

[Mind you - Team MUMO and I were there, 24/7, to ensure that everything was executed in a fair and precise manner. We were judge and jury when it came to issues down the line, and we ensured that ALL finalists had as equal a chance as their peers to compete and win. The activities were planned for the sole intention of building team spirit, and allowing the reality of competition to dawn upon them at the same time.]

I find out later, (recently), that there were some unhappy finalists, that it wasn't as rosy as I initially had surprisingly thought. Some finalists have confided in me -- *Andrea says in Yoda voice* judge them or their 'foes' I do not, but interested in the psyche of how things have "flipped", I am.

Does that make the Finalists bad people? Does it make them hypocrites?

It makes them Human. It makes them finally, Real! It showed us all how they handled stress, how they handled losing, and winning. (Tune in to Webisodes to witness their Journey to Real-ness!)
I mean, Seriously. Do we really expect 18 strong, ambitious, intelligent young women to get along, under the pressure of Stress and Competition?
Please-lah. ;)

There's a cracking point for all of us. There's a reaction to every action. There's a legit reason for their feeling the way they do.
.................I guess that's why we have Pageant Week - and not Pageant Day?


***Note to Finalists who are reading this: Lets be real from this day forward? Lets kinda take a line out of Avatar, and use it to context:: I see you. Deep, them words are. (Again in Yoda Voice please?)
If you don't like someone, you needn't layan them -- its absolutely fine. However you must remember that its common courtesy to be at least civil at all times. I am not saying we should all tolerate bit*hyness, I am saying that its absolutely normal to get upset when you lose out on something! Its absolutely normal to feel threatened in a state of competition, or to become more competitive! The key is: How to handle it so that it makes you the bigger person, and How to not allow things to upset you so much so that you are side-tracked from the obvious goal that you have in mind:: To win!
Read the Art of War, and the Art of Power. Whilst ruthless, some of the advice in those books do make some sense.
And to the girls who have truly made fast friends, good for you. Sincerity is key here, its when you can look at each other in the eye, smile and say, "I hope I beat you!" - and know that you can still be friends tomorrow -- THATs when you should really know that you found a friend. ;)

Miss Venezuela Marelisa Gibson is hard to beat.She is absolutely gorgeous,smart and almost perfect.Watched her compete last year at the Miss Venezuela competition,she definately will be in top 5 at this year's Miss Universe contest.
Miss Malaysia,it's up to you to step up to the plate make us proud.

Immaculately groomed as well! I think she's not almost perfect -- based on photos her pictures *are* perfect!

But what have I learnt over the years...?

In a world of attainable perfect now (with the advent of surgery), it is out little imperfections that make us .. truly beautiful. :)

Marelisa is NOT hard to beat. She's just as vulnerable as any other Miss Universe contestants (Think Ana Karina Anez and Jictzad Vina). Just because she's from Venezuela doesn't give her the edge, sometimes the most unexpected of contestants will end up being the winner (Think Jennifer Hawkins and Mpule Kwelagobe). Nevertheless, the most recent batch of Miss Venezuelas have proven to be quite refreshing and not that made up, thanks to Mariangel Ruiz, Ly Jonaitis and Dayana Mendoza. Stefania Fernandez winning last year is more like a hoax, publicity stunt, whatever you want to call it. Everyone in the pageant world knew Ada Aimee De La Cruz should have worn the crown.

Whatever it is, Andrea, you truly are a shining beacon in the world of Malaysian pageantry. No one, literally no one, who had been Miss Malaysia actually have the guts and initiative to step up to the plate and be a National Director. It's a no-brainer for a former contestant to be the guiding force for young, aspiring girls who want to be the next Miss Universe. How else can you combine beauty, talent and first-hand experience in one package! Thank God for you, Andrea! Keep up the good work!

And from what I have seen, you look set to be the next National Director Extraordinaire! Ines Ligron, Desiree Lowry, Oleksandra Nikolayenko and Lupita Jones should be sh*tting in their pants, or shall I say evening gowns, real soon.