Hey Guys! :) In case you weren't able to catch the interview on CNA this morning, this is for you.

It was lots of fun, my second time on CNA. The last time I was with Michelle Chia, and this time I was with Emida, Executive producer, and Nat Ho my "younger brother". He's such a sweetie. Heh. 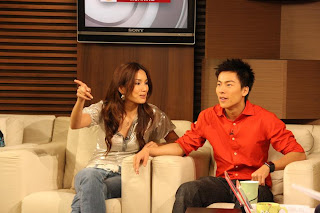 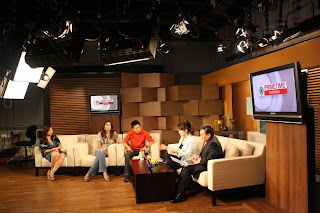 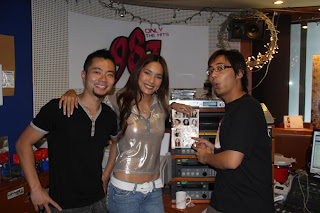 Thought of popping by 987fm's studio and saying Hi to my PrimeTime morning boys, Dan and Young. That picture Young is pointing to was one he stuck up when I first appeared on 8 Days as a DOND girl. Lol!

Posted by Andrea Fonseka at 6:36 PM

you're so cute in that interview! hahah