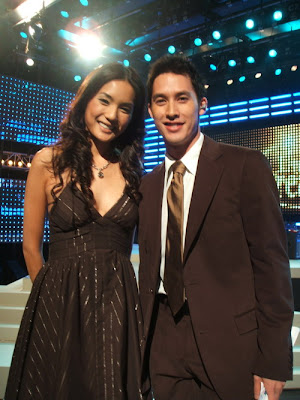 So sorry I've been neglecting the blog slightly.... School and work is just realy crazy right now. :( Its been tough, but I think I'm handling it okay.

Anyway so yes: Here's my answer to the problem below:

You have already indicated you dont want a relationship from this point forward now.

Sit him down and tell him very calmly (no tears!! no regret an NO telling him you want to give the long distance thing a try!)

"[Listen, (Option: insert derogatory term like Jackass, Dumbass, Jerk, etc).] Thank you very much for telling me all this in advance to save me the heartache of you acting like a jerk when you're gone. I now realise that is where all of this stand with you; and your views on this relationship. I appreciate your intentions of wanting to carry this out until you leave, however I am unable to do so as I have more pride in myself than to allow my time, emotions and energy to be enjoyed by you just because circumstances make it more convenient for you (ie you've not left yet). I have been good to you, as a girlfriend and as a friend.... and I wish you best of luck in finding someone who will give you what I gave." (last bit is most important to say).

And that's it. No more calls, no meeting up, nothing. Show no emotion because look at it this way; he's done you a favour by telling you all that stuff about the future. Granted you feel less about yourself now as he doesn't see the relationship worthy of a short one hour long distance relationship, but we've already established he's stupid and self-centred and thus his feelings do not reflect on you as a person. So please dont beat yourself up about it.

2. I suspect he will call within two weeks. He will beg to give it a go, telling you he was dumb etc. Then its your choice as to whether or not you want to give him a chance.

But no. 2 will happen ONLY if you totally do not show him any emotion that you're sorry he wants to end it all when he's gone. And to do that you must remind yourself this at all times: HE'S JUST NOT GOOD ENOUGH FOR YOU IF HE DOESN'T EVEN WANT TO TRY. And he's self centred, and REALLY you're better off without him. And its such a good thing you know this now, rather than later. And c'mon woman - if you walk up to some guy who will be gone in a coupla months, saying, "Hey man. Wanna have a fun relationship with no emotions attached? You wont have to call me when you leave town to go back to whatever it is you're going to that's only an hour away from here." - you think he'll say no? Sheesh. I'm mad at the man to have done this to you, but pushing my emotions aside.. You dont need to be mad. Becuase rather than you having to 'see the light' by yourself when he leaves, he did you a favour and showed you the light now.

You're so much better than him, and what he has to offer. Rather than tell him that when you have your talk with him, SHOW it to him. He will see for himself when you act indifferent, and when you really feel and act thankful that he's ejected himself from your life and heart through his actions and his words. You are a strong, strong lady. And a smart smart one too. And he's dumb dumb to not see that he's throwing away something that could potentially be so beautiful. You will find someone else as soon as you open yourself up and give some fellows a chance. So do that, and I hope it works out for you.

**I realise I am totally on my friend's side on this one.. .but can you blame me when I *know* what an amazing person she is? ;) No, really, she's a beautiful, smart, witty girl. And she deserves so much better than that.

Oh and just thought you'd like to know; She did what I said, and he did come back to her like I predicted... and after alot of thought, she decided to give it another go. He's now treating her how she deserves to be treated. :D
Posted by Andrea Fonseka at 10:52 AM

No one's blaming you for being on your friend's side, Andrea. It's only human to.

Just bear in mind that it takes two hands to clap. I don't think your friend would have told you what she might have said or done to provoke the guy's behaviour.

As we in this blog have all noted, you have only heard - and formed your judgment on - one side of the story.

What's more important, as you have demonstrated, is that you continue to be a true friend, giving honest and genuine care and support based on the knowledge you have.

Ah... well done Andrea, even though I still think my solution from the Aug 17th Post would have been helluva lot more fun ^_^. That Prodigal Son got away too easy lah!

Alternatively, intro her to Pathfinder... I'm sure her taste in men wudda improved tremendously!

BTW, I have personally been in a Long Distance Relationship which not only survived 3 years of geographical separation (even though we agreed that we could date other people), it was stronger after the test of time.

So for your friend's sake, I hope it all works out.

Scorp, it would be a bit difficult, don't you think, for Andrea to call up the guy & get his side of the story. Like Akira Kurosawa's Rashomon, every character has his own plausible Point of View. What's important is, Andrea's solution did in the end give the guy a second chance, whether or not he deserves it.

hey andrea
and hi all =)


work is being hard on u this time, i'm glad to heard that u are handling it fine. =)

any way tc and take time to relax =)

"I realise I am totally on my friend's side on this one..."

Of course...but if she's that wonderful, why's she taking him back? A, you can lead a horse to water...

(B) If you've seen Hero...it was similar to, and inspired by, Rashomon.

"and he did come back to her like I predicted... and after alot of thought, she decided to give it another go. He's not treating her how she deserves to be treated."

Hmm... It's sounds more like a fairy tale to me... though you said it for real.

Eehhh!! SOrry sorry I meant to say, "He's NOW treating her how she deserves to be treated.."

And Scorp: I know my friend like the back of my hand.. we're very very alike. In other words, We're the Perfect Girlfriends. ;) Really, we don't and wont do anything to aggrevate a reaction like that from a guy. Perhaps our only fault would be.. us being to good to(and for?) our guys. ;)

Wow...she shouldn't have taken him back but then again...you can't help who and why you love. Anyway, hopefully he's one of the rare guys who do repent after their idiotic behaviours.

sorry, that last one was me.

I was wondering why your friend wanna take him back... while you mentioned this guy cared for your friend... and then he took it for granted of her love for him... then this guy wanna hang out with your friend until end of the month, but your friend got pissed off already. And just out of a sudden the guy change, your friend open heartedly accepted him back.

Not sure if u remember Wendy (she took pic wif u before), but she asked me to send u her regards. She happens to be a friend of mine :-)

Hero's plot was a bit pretentious, I didn't buy it at all. The ending, I mean. I am very well-versed with the politics of the Warring States era. The Assasin having a change of heart is like....like.... well like A's friend taking the jerk/guy/wimp back. After all that planning, & so many dead....STOOOOPID ending, the Director is only interested in making a visually pretty picture. Same problem with Curse of the Golden Flower. *throws up*

EVERYTHING about Hero was ponderous AND pretentious...including the nod to Rashomon. :) You have to admit, however, that the tribute is obvious.

I also agree with your assessment of ZYM. I don't think he INTENDED for Hero to be "only visuals", however. I think it's his background as cinematographer (before he became director). It's one of his greatest flaws.

Hero was meant to be the CHINESE response to the TAIWANESE Crouching Tiger...it turned out to be a ripple in a teacup. You don't create great film by following a formula.

Well, sorry guys. I don't watch ancient chinese film, don't understood all the people you all are talking about?