Nobody said it was easy....

Wah Lieu. (Yes I do say that once in a while now. lol)

I have two more exams to sit for. Sigh. But I have officially completed my LAST research paper EVER!!! *does big happy jolly dance around the room* Its been really hard trying to study and work for the last two years... but I have to say, it has definitely been worth it.

Anyways, if you've been following the latest entertainment news in Singapore, you'll know that Dance of the Dragon was a really glam affair. There was a red carpet affair, lots of friends. Thank GOD I remembered to bring my camera to take them pics. ;) 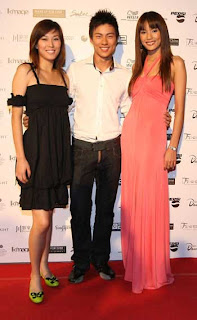 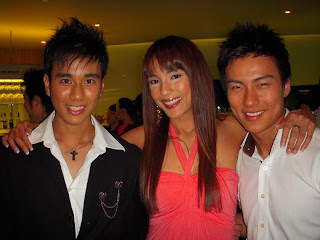 My boys; Joakim and Nat Ho. They both looked so good that night I couldn't decide who to stand next to so I just went, "OK OK I STAND IN THE MIDDLE!" ;) 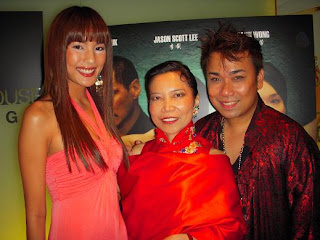 One of my favourite designers: Francis Cheong, with his guest Madam Lily. Francis designed Fann's dress you see in the last 'dance' of the movie. Beautiful! 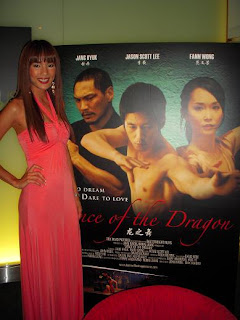 "Quickly quickly while no one's looking! Take picture with the banner!" *blush* Nat: So thick skin ah not your movie also must pose?? My reply: For my BLOG readers LA! :P

The after party was at the Forbidden City, where we all just chilled out and had a really good time. 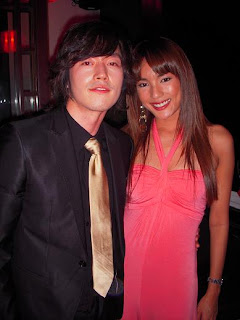 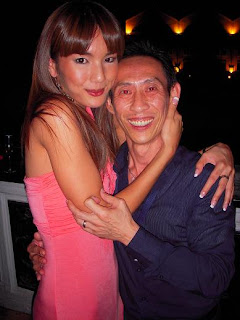 I heart Calvin from EasternLightFilms! :) He's such a great, charismatic and sweet fella, I had to take a nice big huggly pic with him. :)

Unless otherwise noted, all pictures in this entry were taken with the Nikon Coolpix S52

how was e show? It must be forgettable. You did not even mentioned it.....oorh oorh.....

hey Andrea, u cut your fringe? or issit one of those clip on bangs? I personally think u look much better, elegant with lonh fringe, this new short bangs just dont seem to work on u

u din take any pic with lead actress fann?

i think the movie is great.

Not sure if you do remember, remember the Live the Dream ad? Was there too. Do keep in contact I hope? :)

Will link ya up alright?